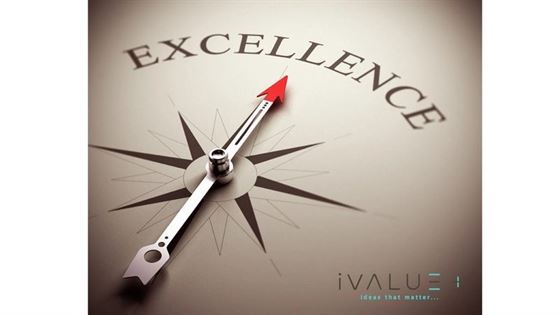 Operational discipline means complying with a set of well-thought-out and well-defined processes, and consistently executing them in the correct way. Striving to achieve operational excellence is one of the most significant contributors to an organization’s sustainable performance and growth. Companies that reach for a higher level of operational excellence reap many benefits — a systemic, evolving and effective approach to business operations; a continually productive and innovative workforce; and an organization that consistently realizes sustainable growth and increasing valuation.
“Operational excellence” is an ongoing journey that organizations continuously travel. It focuses on minimizing and managing downside risks at the same time maximizing an operation’s performance and shareholder’s value.
Along the way, numerous factors are essential to the success of the journey and one of them is operational discipline.

Discipline = Predictability
For some, operational discipline can have a negative implication. For example, it is sometimes interpreted as a means to punish behavior and actions that are not in line with expected custom. Still others may believe that operational discipline imposes rigid, inflexible command-and-control regimens that suppress free thought and innovation within a company.
Neither of these is true. In fact, the word discipline comes from the Latin word disciplina, which means teaching and learning.
When companies employ operational discipline as a means of providing more predictability across their organizations, certain tasks reach higher levels of efficiency, contributing to less mistakes and better quality. As a result, time and opportunities open up for everyone to focus only on elevating performance and results. There is a ripple effect of benefits, each having the muscle to unleash rapid and continuous improvement, as well as waves of innovation.
Effective operational discipline can be seen day in and day out within high-risk industries like nuclear power or aviation, where the consequences of an accident can be so disastrous that the importance of reliability raises itself to a very high level. These high-reliability Companies nearly always achieve “error-free operations” due to their strong operational discipline.

Process safety management performance can only be achieved if there is a day-to-day commitment of all employees in an organization to rigorously follow their company PSM management practices. The failure of just one person to complete a job task correctly, just one time, can initiate or contribute to a disastrous incident such as those that occurred at Bhopal, Chernobyl, and Texas City. This person can be a worker, supervisor, engineer, manager or administrator. In the wake of such incidents, analysis usually point to deficiencies in the organization’s culture as one of the key contributors to the incident.

Conduct of operations (Con-ops) is the execution of operational and management tasks in a deliberate and organized manner. It institutionalizes human reliability and strives to curtail variations in performance. An effective Con-ops program will help individuals in a “scaled down” organization make better decisions, fewer errors, and reduce the likelihood and rigorousness of incidents.
The ability to implement effective COO/OD programs both onshore and offshore relies both on the commitment of leadership and the strength of the safety culture in supporting changes and sustaining for long term.
4 Steps for Instilling a Culture of Operational Discipline in your Company
Changing culture can be a difficult task that requires excellent leadership will and commitment. The journey to Operational Discipline will look different for every organization, depending on its starting point. However, there are several necessary steps that should be included in the plan for culture change.

Step 1: Align Leadership on the Pillars of Operational Discipline

Make no mistake, creating a culture of Operational Discipline, and sustaining that culture for long term, starts at the top of the company. Getting the company’s top executives to align on a common language for talking about Operational Discipline is an important step. They must not only agree on the words that are used to describe each of the Pillars, but they must also align on the approach for changing the culture. One common mistake often made is softening the words used to describe Operational Discipline, or changing them to so that they sound more like phrases or words that the organization is already familiar with. For instance, many executives initially shy away from using words like “Formality” because they believe it will sound too alien to their employees. However, this is exactly what is needed to introduce a new culture. If the words don’t sound different and get the attention of all the employees, they are less likely to recognize that they are being asked to behave differently.

Step 2: Create the Case for Change

Once top executives have aligned on the words and the approach, they must create a platform for change within the organization. They must communicate to the workforce why adopting a culture of Operational Discipline is necessary for success of the company. Of course, this requires that they truly believe in these themselves, and that they personally demonstrate the new behaviors they expect to see from their employees. However, this does not mean that anyone should expect them to perfectly demonstrate these changes. Rather, leaders should accept to employees that they need to make changes to their own behaviors as well.
Incorporating activities that challenge employees to reflect on their own behaviors, relative to the behaviors of leaders can help them recognize the possibility that catastrophic events can happen to them.

Step 3: Internalize the 5 Pillars and the Necessary Changes in Behaviors

Conducting training sessions on Operational Discipline, although a necessary and important first step in introducing the 5 Pillars, will not make employees to internalize the behavior changes that they need to make. Rather, this takes personal interaction and dialogue between leaders and their immediate reports. This interaction should mainly occur through both one-on-one conversations with employees, as well as during observations of employees performing work. It is essential that leaders begin recognizing when employees’ behaviors are inconsistent with the 5 Pillars, and correct them on the spot in a compassionate, yet clear and a consistent way.
Starting at the top of the organization, each leader should sit down with his or her direct reports and have a one-on-one interaction about what the 5 Pillars look like in their daily activities.

While personal interactions between leaders and employees are critical for initiating the culture change, integrating the 5 Pillars into the company’s existing Management System Processes is necessary for ensuring the culture change is sustained. The following are some examples of how the 5 Pillars should be incorporated in to the current processes:
• New employee selection – Interview questions for new employees should incorporate scenario based questions that require the interviewee to demonstrate how they apply the 5 Pillars in their daily work. This not only ensures that new employees will behave consistent with the desired culture, but it reinforces the 5 Pillar behaviors to the interviewer and teaches those ways to identify them.
• New hire orientation – Having senior leaders present the 5 Pillars to new hire orientation classes reinforces the expected behaviors for both new employees, and the leaders who facilitate the training.
• Incident Management – All incident investigations should be required to identify the Management System Element that failed and caused that very incident. However, since Operational Excellence is a function of the effectiveness of both the Management System and the culture, and because all incidents ultimately involve human behavior, incidents should also be mandatory to be analyzed against the 5 Pillars. This reinforces the 5 Pillars for those participating in and learning from the investigation, and exposes opportunities to focus culture change efforts.
• Behavior Based Safety Observations – The 5 Pillars should be built into existing Behavior Based Safety Observation systems, requiring employees and leaders alike to observe co-workers and point out instances of behaviors that are not in line with the 5 Pillars.
• Performance Management – The 5 Pillars should be incorporated into 360 degree feedback processes, requiring employees to share their feedback on how they have seen their peers demonstrate the 5 Pillars in their daily work. One trap that companies often fall into is trying to identify ways to neutrally measure cultural behaviors. Although there are some methods for doing this, and they should be considered, leaders must understand that the most meaningful comments that can be provided to employees are peer observations of behaviors during specific, actual events.

It is not only important that these 4 steps be applied throughout the organization from the top-down, but also that they be performed in right order.