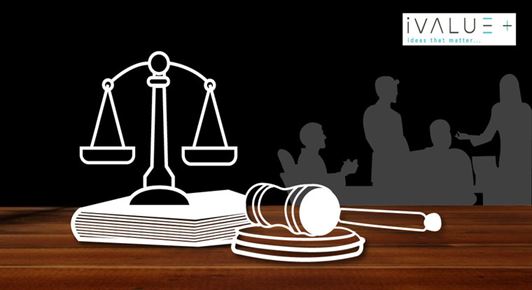 A company is an entity formed by a group of individuals that engages in a business selling goods or services.

Company law (also known as business law or enterprise law or corporate law) is the body of law governing the rights, relations, and conduct of persons, organizations, companies and businesses. The laws involved regulate the rights and obligations involved with the business activities of a corporation which includes ownership, formation , operation, and management.

Company laws specifically deals with the Companies that are incorporated or registered under the Company law of a particular country.

It is mandatory for all companies to be registered under The Companies Act. Some of the most common types of Companies are as follows:

A private company is a company held by a private owner and is not authorized to offer its shares for sale to the public. It limits the number of members to 50 and a minimum of 2 members excluding the employees and shareholders.

A private company is a great option in those cases where it is intended to take the advantages of corporate life, limited liability and greater control of the business is in the hands of few individuals and its privacy can be maintained.

A public company is a corporation formed by at least 7 members and is authorized to offer its shares for sale to the public. The capital is collected by the sale of its shares to the shareholders who become equity owners of the company. There is no maximum limit to its members. All major decisions of the company are taken by the boards of Directors and Shareholders have no right to participate in day to day management of the company.

Therefore, the ownership is separate from management in case of a Public Company. The shares of a company can be bought and sold freely from the stock market.

A company limited by guarantee is just a limited company which is responsible for its own debts. The company’s members are guarantors and not shareholders of the company.

This form of company entity is mostly used by charities. However, not all companies limited by guarantee are charitable in nature.

A company limited by guarantee must include the suffix “Limited” in its name compulsorily. The personal finances of the company’s guarantors are protected. They will only be responsible for paying company debts up to the amount of their guarantees. Limited Companies create trust and confidence amongst clients and investors as it builds a professional credibility to achieve its objectives more effectively.

An unlimited company or private unlimited company is incorporated with or without a share capital but where the legal liability of the members or shareholders is not limited which means the members or shareholders have a joint, several and non-limited obligation to meet any insufficiency in the assets of the company to settle any outstanding financial liability in the event of the company’s formal liquidation. All members and shareholders are jointly responsible to cover all debts and liabilities of the company which is regardless of how much capital each contributes.

A Government company is one in which not less than 51% of the paid-up share capital is held by the Central Government or a State Government or jointly by both.

A company is a separate legal entity and does not depend on its members. The creditors can recover money from the company and the properties owned by the company not by individual members. Assets and Liabilities are separate and distinct from its owners or members.

A company is capable of owning property, incur debts, borrow money, employ people, have a bank account, enter into contracts and sue and also be sued separately. The Income tax Act also recognizes a company as a separate entity altogether.

A shareholders Personal liability is limited to the value of its shares in the Company. It means Investors or owner’s private assets are not at risk at all if the company fails.

This is one of the major advantages of investing in a public listed company as a stakeholder is a part of the growth of the company wholly. However, due to its feature of “Limited Liability’’ it restricts the amount of investment. There are no debt obligations even if the company goes bankrupt.

A company can only be created under the registration of the Companies Act from the date the certification of incorporation is issued.

An incorporated Association will continue to exist even if its founders and members leave the organization.

A company has an advantage of a perpetual succession which means a company never dies or ceases to exist. Also, its life does not depend on the life of its members or owners unless it is shut down or the task of the company for which it was formed has been achieved. Even if all the members leave or die, the privileges, immunities, estates and possessions of the company shall remain the same.

Members of a company may change from time to time but that does not affect the existence of the company.

The Company is known in law as an Artificial Person.

Once a company is incorporated, it becomes a legal identity with Common Seal.

Common Seal is considered as the Official Signature of the Company used in all legal documents.

The Seal should be kept in Lock and Key and only made use of it upon the instructions to the Board members.

The capital of a company is divided into several small parts known as shares.

These shares are transferable from one person to the other in case of a public company. However, the shareholder shouldn’t be permanently bound by a company bound by a legal contract. In case of a private company, there are some restrictions on the transfer of shares but the right to transfer still exists.

A shareholder may apply to the Central Government in order to make the right to transfer shares legal in-case a company refuses to register the transfer of shares.

Every company has an autonomy and freedom to form its own policies and implement them. However, they are subject to the general principles of law, equity and a good conscience.

All business organizations attempt to avoid certain costs associated with doing business. Each is meant to facilitate the contribution of specific resources towards a venture which will prove profitability to all contributors and members. All business forms are designed to provide limited liability to both members of the organization and external investors except in partnership firms.

All partners in a typical general partnership may be held liable for the wrongs committed by one partner. However, those forms that provide limited liability are able to do so because the state provides a mechanism by which businesses that follows certain guidelines will be able to escape the full liability imposed under law. The state has an interest in the strength of the companies that provide jobs and services but also has an interest in monitoring and regulating their behavior by providing those forms. https://ivalueplus.com/compliance-management/